Earlier this month, the National Association of Black Journalists (NABJ) and the National Association of Hispanic Journalists (NAHJ) gathered at Caesars Palace in Las Vegas for the #NABJNAHJ22 Convention & Career Fair. It had been three years since the last in-person convention for either organization, and it broke previous attendance records with more than 5,000 attendees, including journalists, media executives, journalism educators and students, and public relations professionals (including Fenton!)

As one of the most diverse communications agencies committed to social impact, Fenton prioritized attending #NABJNAHJ22 to support, learn and serve as an ally in the critical work to create social change and increase Black and Hispanic representation across all business sectors and all forms of media and entertainment.

As a first-time attendee, and public relations professional focused on corporate social good and justice, equity, diversity, and inclusion, I gained valuable insights that will help further inform the strategic counsel I provide my corporate clients looking to positively impact the lives of people from Black and Hispanic communities. Having long been aware of the incredible work of the NABJ and NAHJ, I was glad to finally experience the convention in person – the energy and the passion was palpable!

#NABJNAHJ22 offered incredibly robust programming; there were nearly 200 workshops, panels, and special events, generating engaging and inspiring discussions around the most pressing issues facing Black and Hispanic communities. Topics at the intersection of race, culture, media, entertainment, health, education and wealth were discussed by a remarkable roster of experts, speakers and special guests, including Karine Jean-Pierre, the first Black and openly gay White House press secretary, Diego Luna, actor, producer and director who starred as the first Mexican Star Wars character, and Anthony Fauci, director of the National Institute of Allergy and Infectious Diseases, among many others. 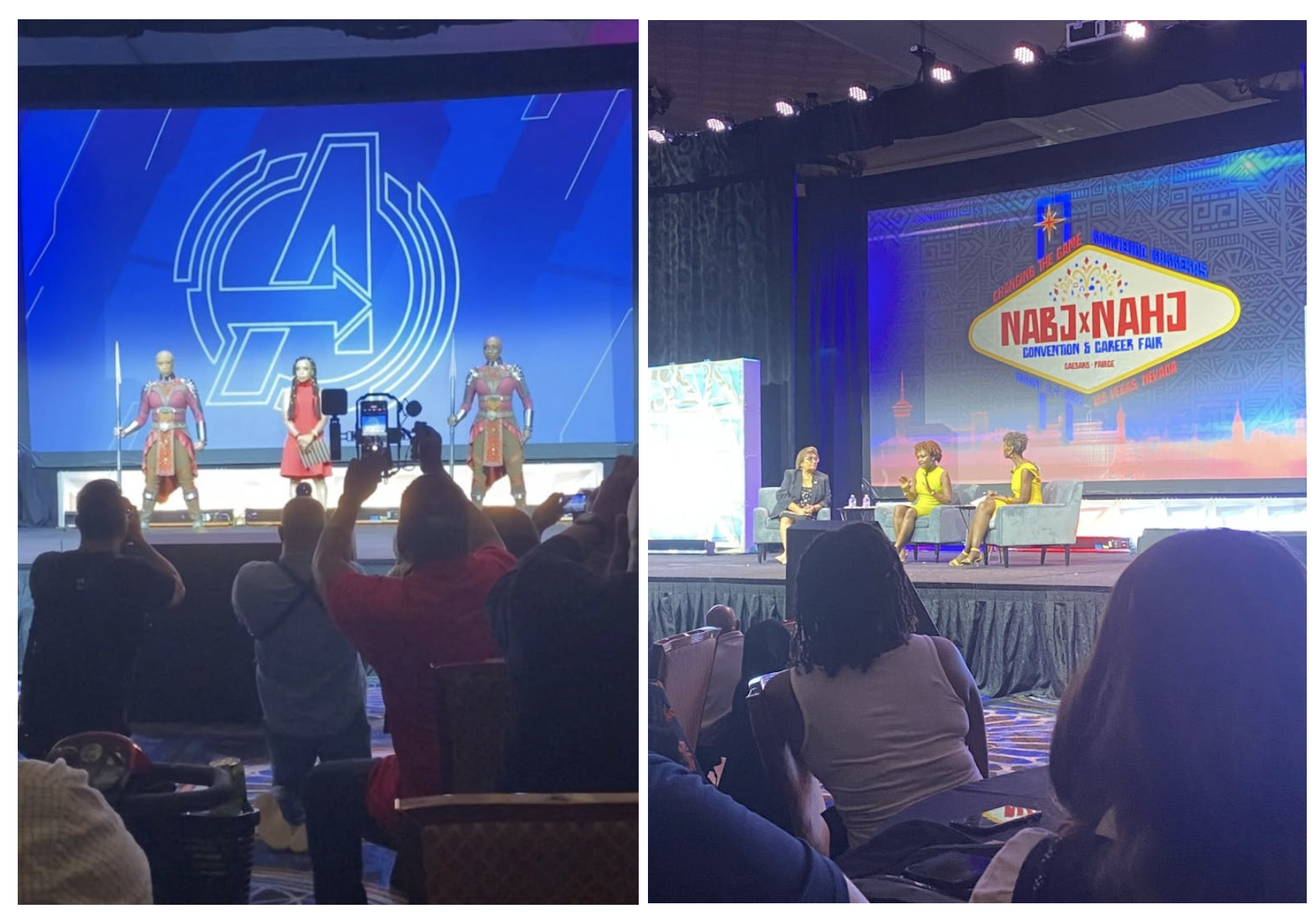 One of my favorite moments took place during the opening ceremony. Kimberly Godwin, the President of ABC News and the first Black woman to lead a major broadcast TV news division, entered the stage flanked by two members of Wakanda’s Dora Milaje from the film Black Panther. Following her powerful entrance, she shared her commitment to increasing opportunities in journalism and increasing coverage for communities of color and said, “When you earn the privilege to lead, that’s what you do!”

As the COVID-19 pandemic continues to rage on while the monkeypox outbreak has been declared a public health emergency and communities of color continue to experience systemic health inequities, public health and health equity became central topics of the convention.

Panels like “Your Role in Saving Black & Brown Lives Including Your Own!” tackled the intersection of media, public health, and community activism, and unpacked the pandemic’s longer-term effects on physical and mental health on communities of color and the journalists covering these topics and communities. 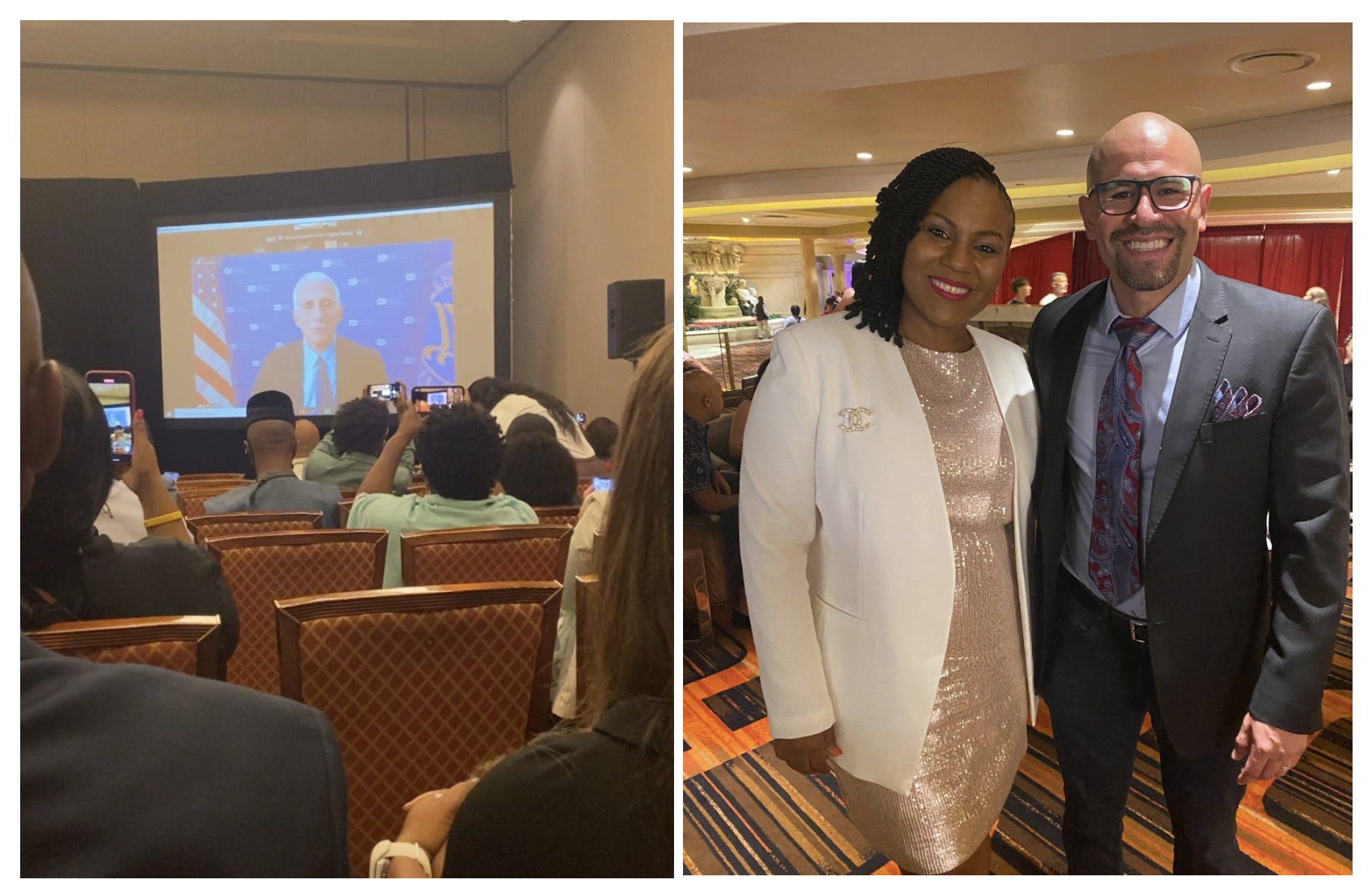 Other panels such as, “Solving the Crisis of Maternal Mortality in a Post-Roe America,” explored what the future of reproductive health care looks like in a post-Roe America and what the impact will be on Black and Hispanic women. The panel also examined the role physician leaders can play to better protect all women of color in the health system.

The #NABJNAHJ22 Convention & Career Fair served as a powerful reminder that Black and Hispanic representation and narratives are critical to solving today’s most pressing issues like public health, and that allyship to support efforts underway to address these issues requires more than commitments and declarations – it calls for meaningful and lasting partnerships that interrogate systems that perpetuate inequities for communities of color across all aspects of life, and introduce practical short- and long-term solutions.

Fenton was proud to attend #NABJNAHJ22, and looks forward to continuing to support NABJ and NAHJ! See you in Birmingham and Miami next year!