One message clear across the state: voter suppression is bad for business. 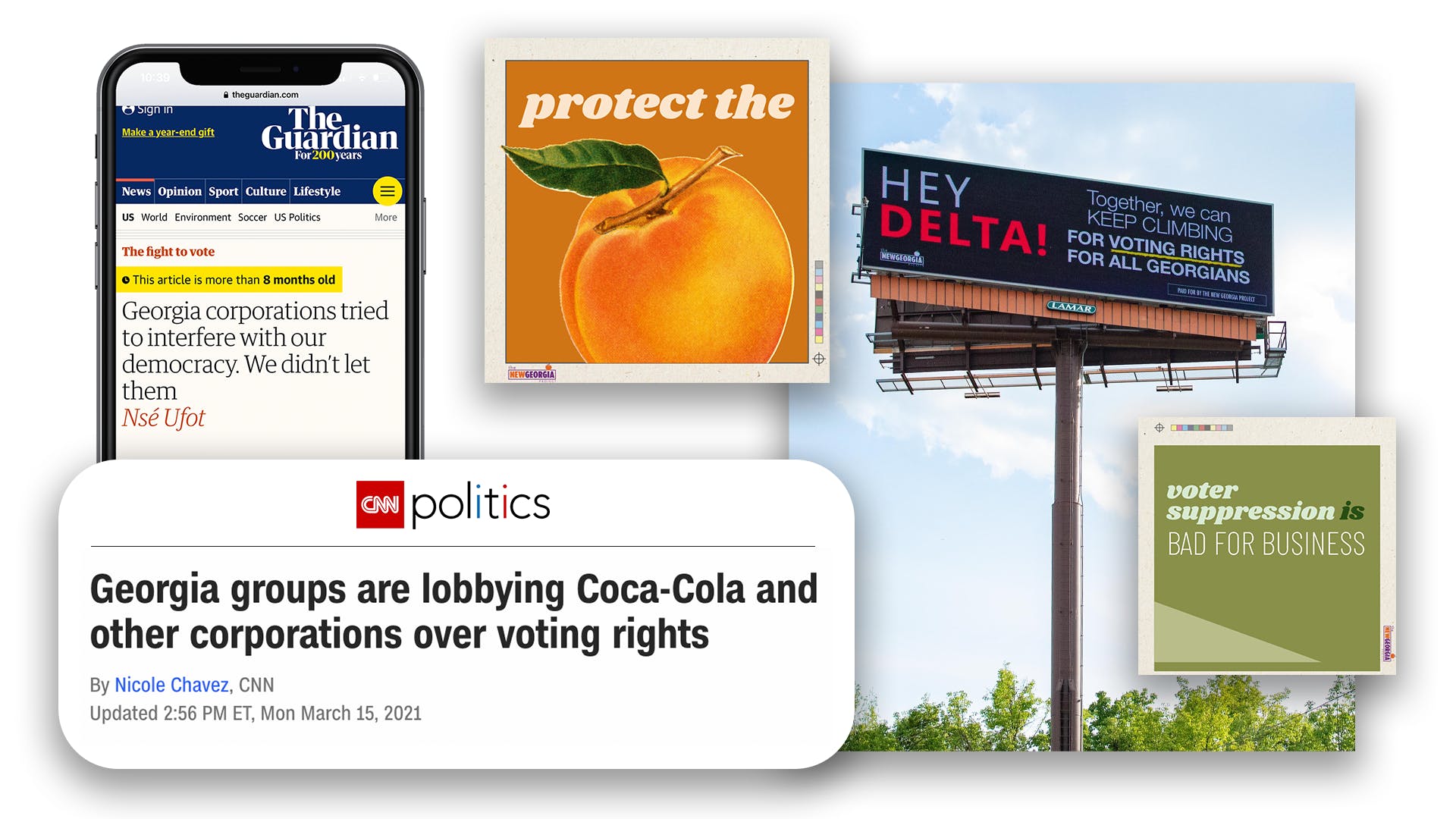 In January 2021, all eyes were on Georgia. Groups like the New Georgia Project made history with years of relentless organizing that yielded victories for President Biden and Senators Warnock and Ossoff, paving the way for Congress to make progress that was inconceivable throughout the entire Trump Administration.
Within days of these monumental victories, Republican lawmakers wasted no time to make baseless claims of election fraud and introduce some of the worst anti-voting bills this country has seen since the days of Jim Crow. With no less than 39 bills introduced, some even making it illegal to provide food and water to voters waiting in line, the progress Georgians voted for was immediately threatened. While Democrats didn’t have the votes to stop the bills from becoming law, organizers had an important tool at their disposal: public pressure. With just a month to make as much noise as possible, The New Georgia Project came to Fenton to call out the perpetrators of voter suppression and target a key contributor to the problem: major Georgia companies.

Fenton brought together all sides of the agency to develop an integrated communications campaign under the tagline #GeorgiaOnTheLine, tapping into earned media, digital and paid strategies, and creative tactics. To change the narrative around Georgia companies who bankrolled the backers of anti-voting bills, we knew we needed to break through the noise. Through a billboard campaign that called out Coca-Cola, Home Depot, Delta Airlines, and more, we made one message loud and clear across the state: voter suppression is bad for business. We also ran ads in key media markets to reach Georgia voters, as well as lifted up the voice of CEO Nsé Ufot through the press. 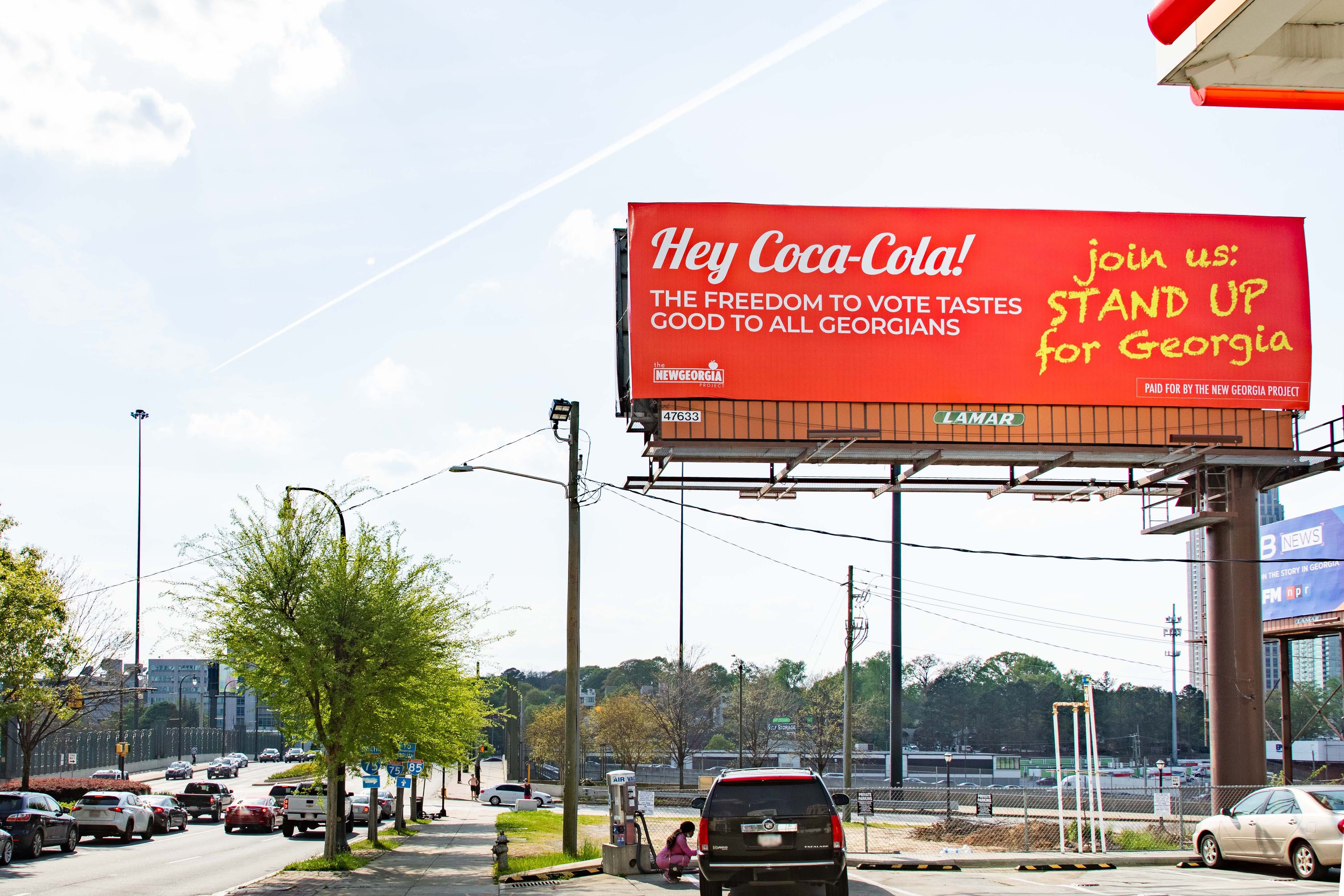 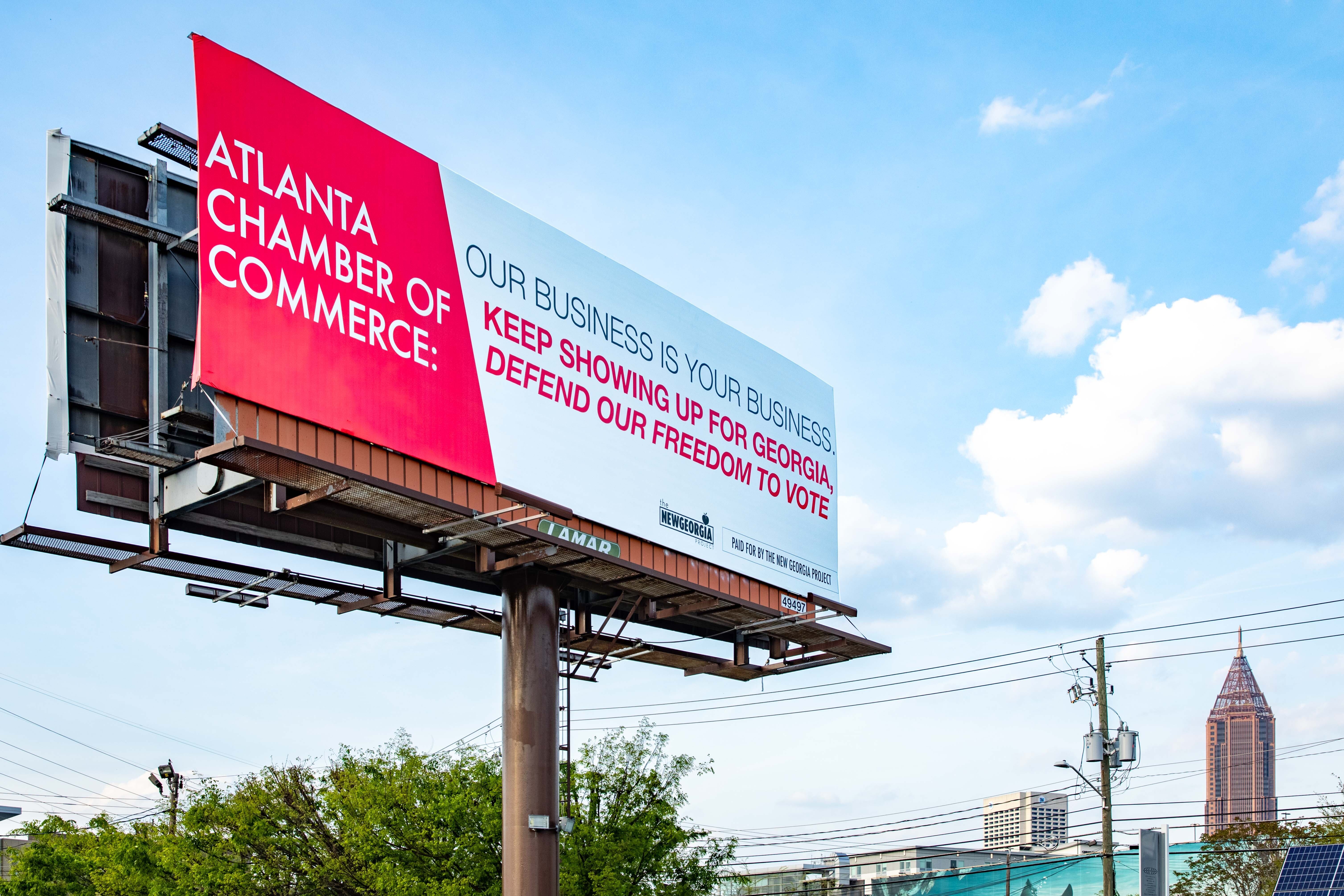 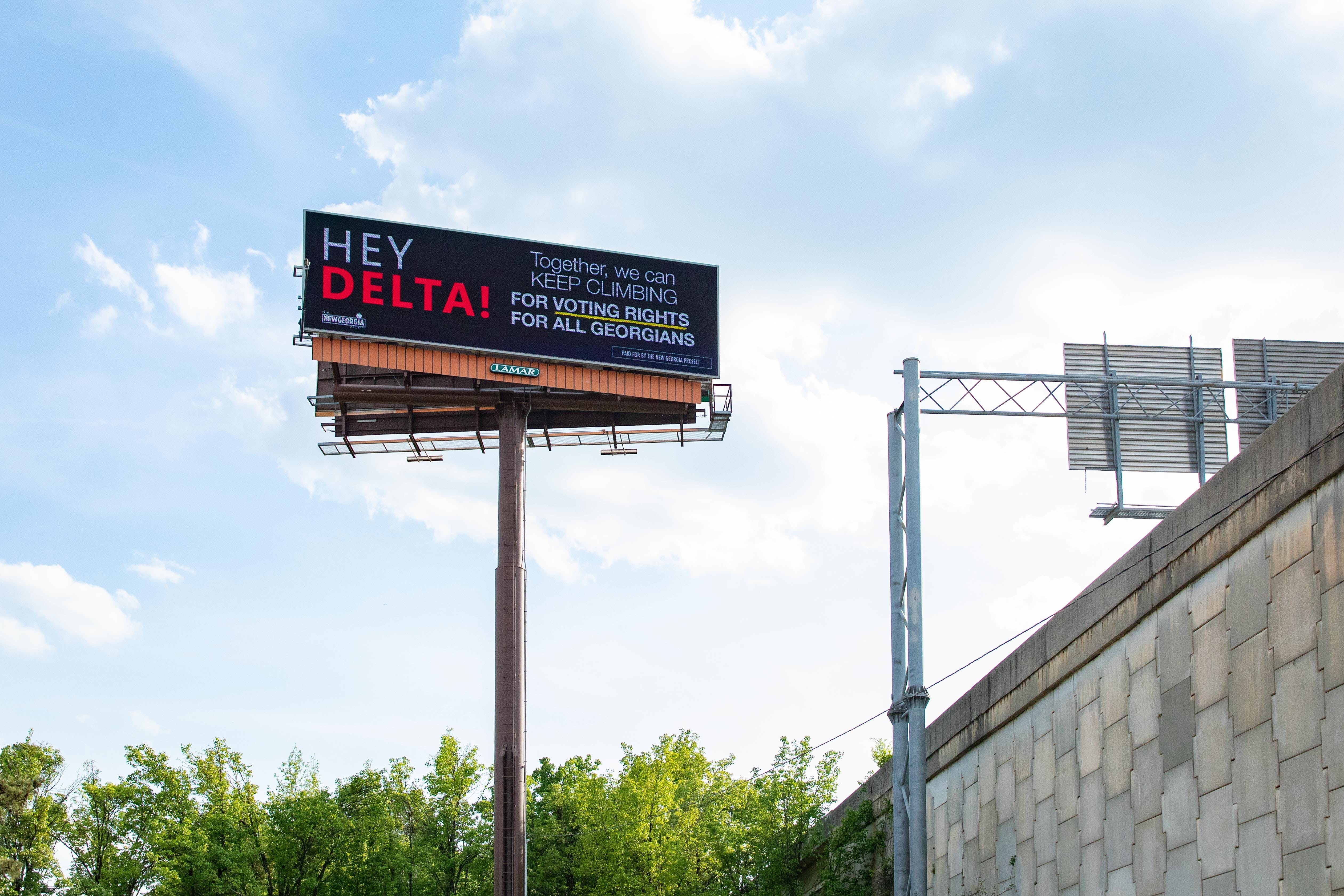 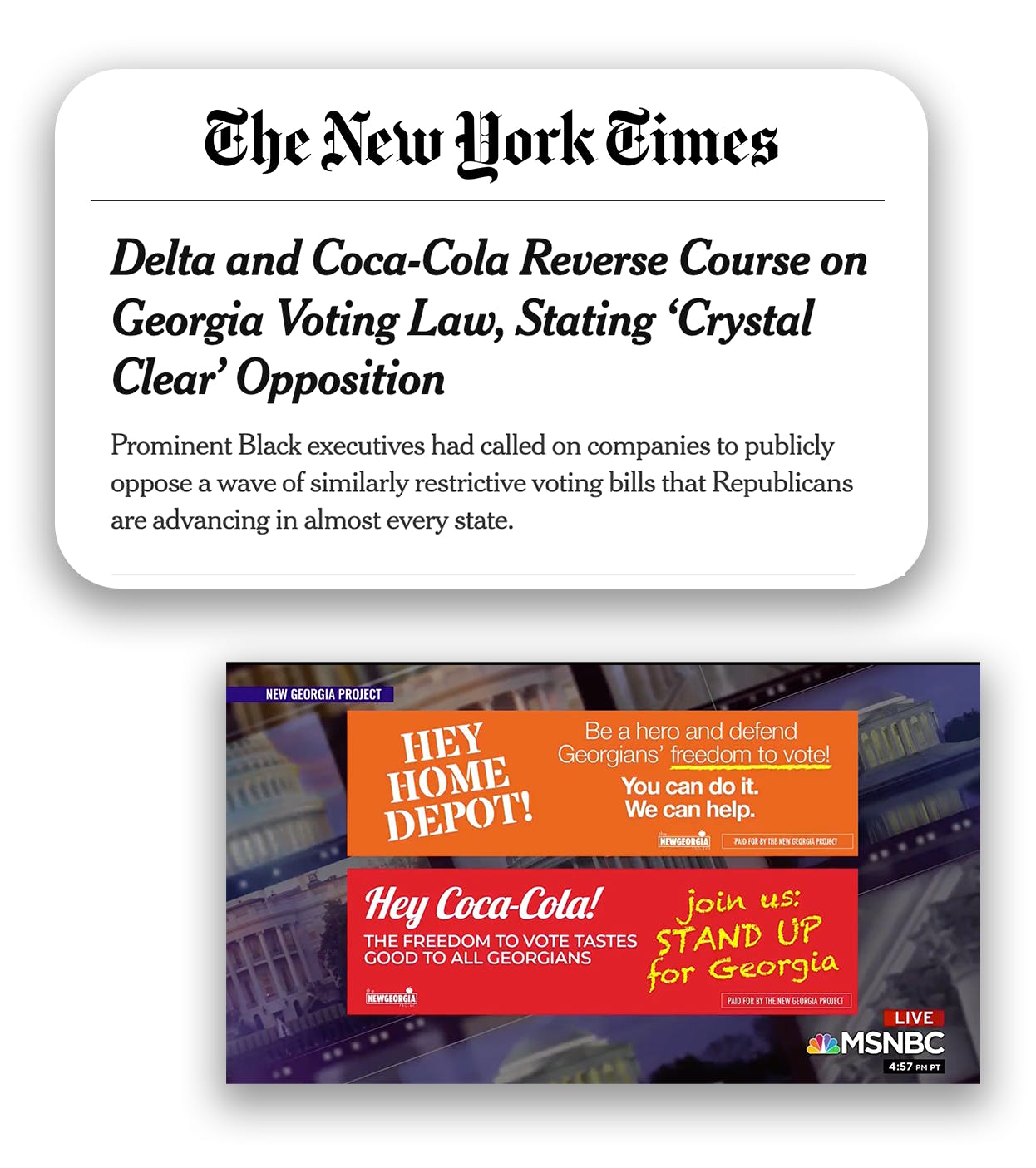 Fenton’s billboard campaign was featured in CNN, MSNBC, and several other news outlets. In tandem, we secured opportunities for Nse to share her perspective through top-tier placements in the New York Times, NBC, ABC, the New Yorker, and MSNBC Live with Katy Tur, among many others. Through digital advertising, we also reached more than 3,205,000 people across all of our target audiences, including media influencers, local legislators, and statewide Georgia voters

Within days, the story took off on its own and reporters began to look at the issue of voting rights through a new narrative: the corporate lens. In response to the concerted public pressure, Delta, Coca-Cola, and the other corporate targets released statements in support of voting rights. This pressure carried across to other states that continue to be hotbeds of the legislative battle for voting rights, including Texas and Arizona.

Throughout this campaign, we made it crystal clear to corporations that they cannot organize performative Black Lives Matter and Asian American History Month campaigns while supporting lawmakers who put our democracy at risk. They must either stand with voters, or against — changing the public’s expectations for companies for years to come.