A campaign that banned fracking for natural gas in New York State. 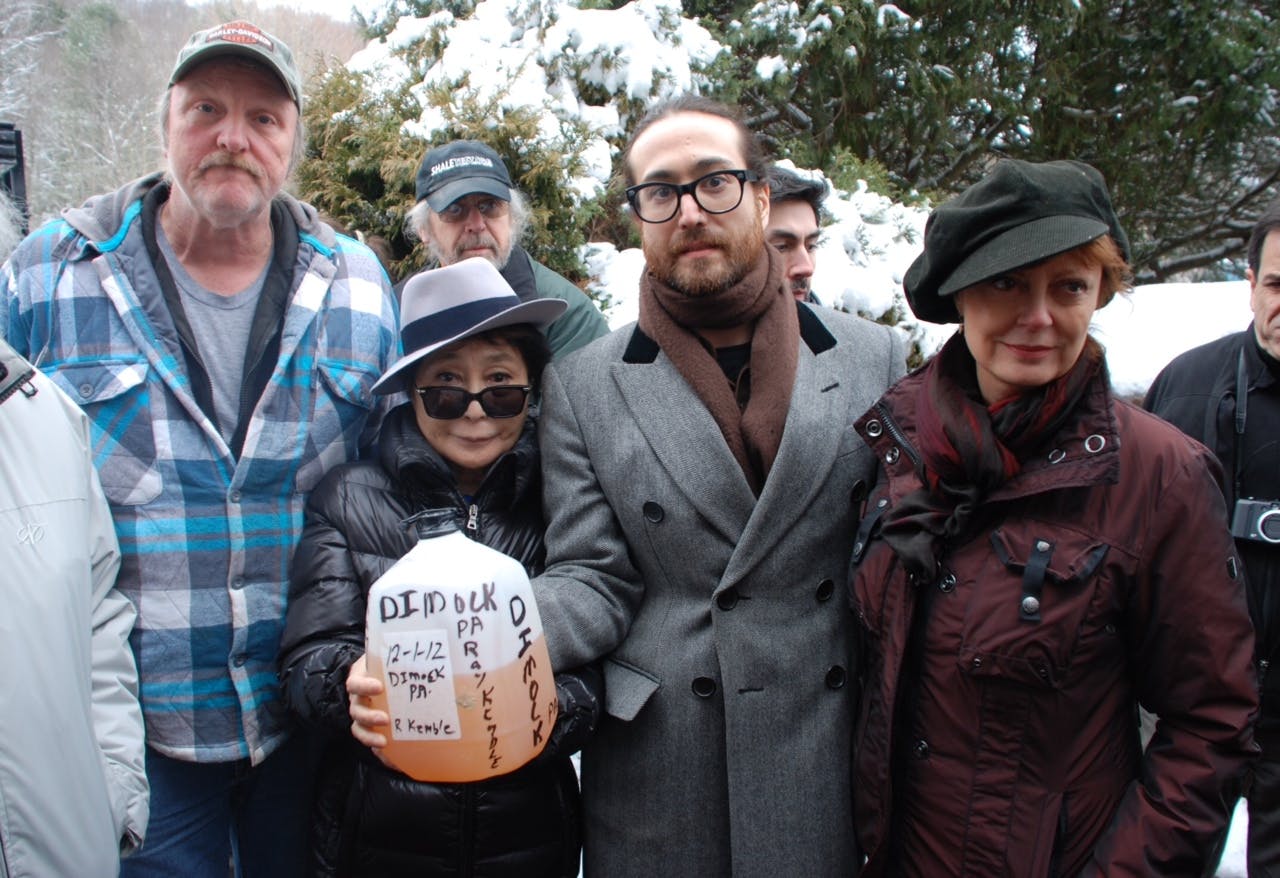 When New York Governor Andrew Cuomo announced that hydraulic fracturing for shale gas, or fracking, might happen in New York, Yoko Ono and her son, Sean Lennon, partnered with Fenton to promote Artists Against Fracking, mobilizing over 200 artists to oppose fracking.

Within months, public opposition to fracking grew, and the Cuomo administration announced that they would not permit fracking in NY before a comprehensive study of environmental and health impacts.

Fenton designed and organized the placement of the “Imagine There’s No Fracking” billboard on the thoroughfare between Albany and Manhattan. 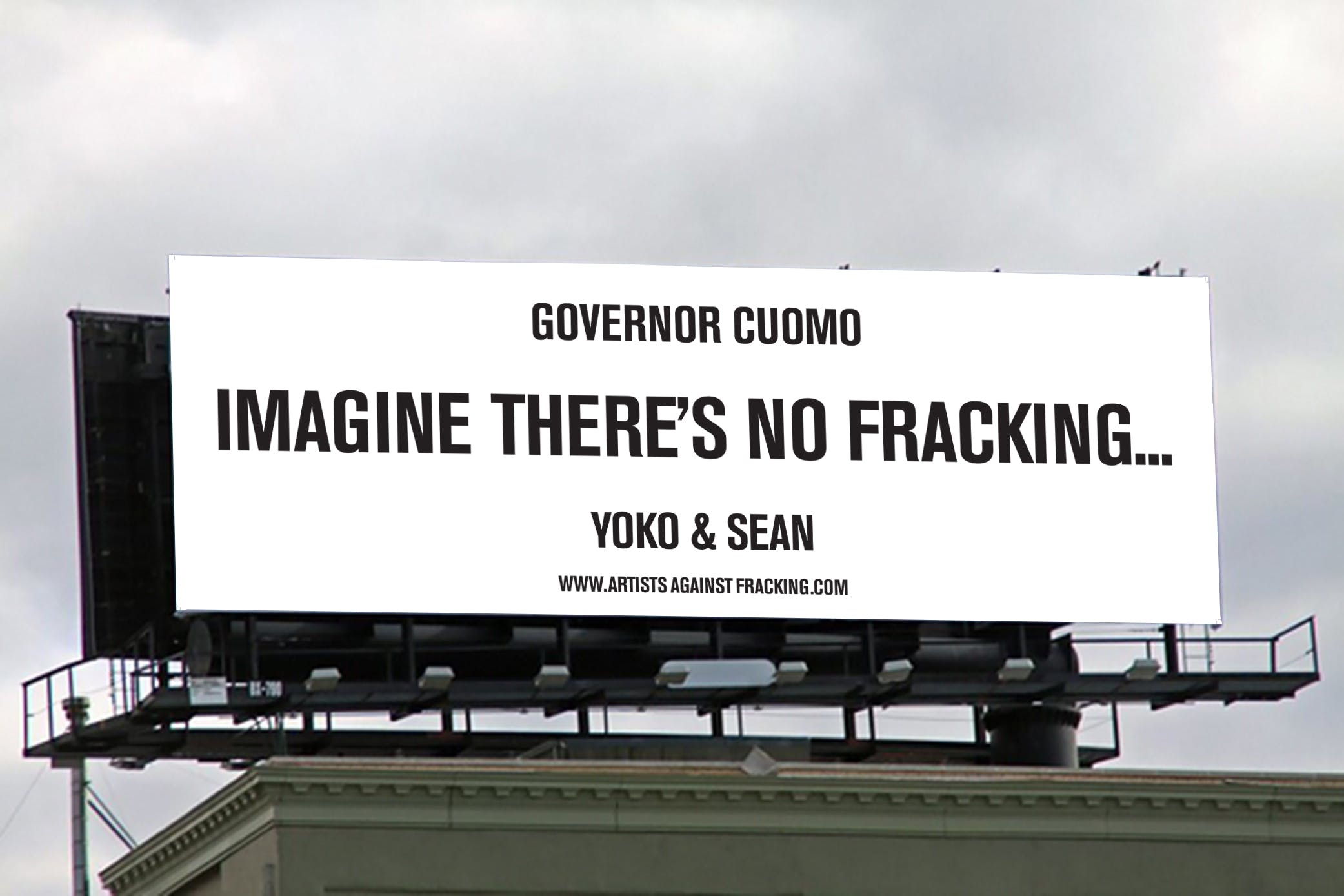 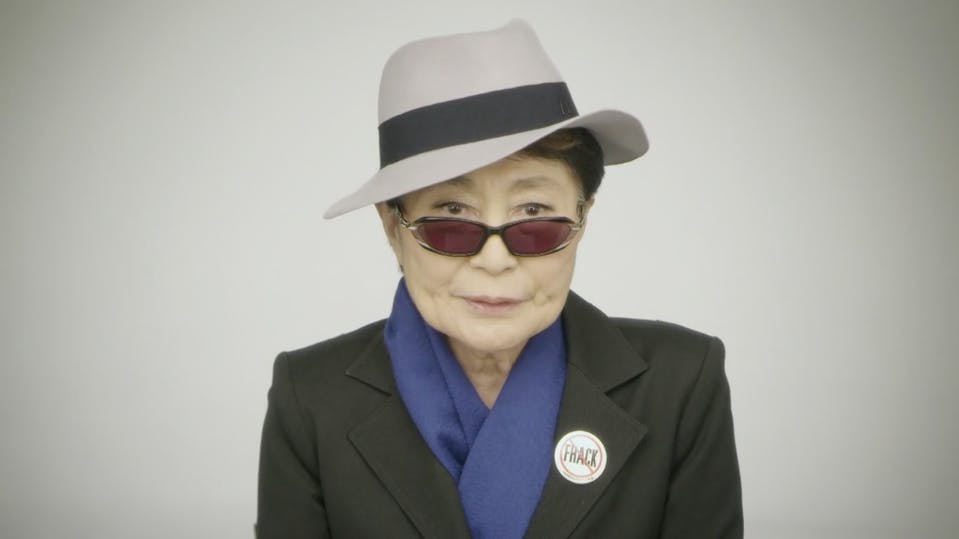 To send a message to Albany encouraging the Governor of New York to ban fracking, Fenton produced a local TV ad that featured Yoko Ono speaking directly to the Governor, asking that he “don’t frack New York.” We also managed a video contest that generated submissions from residents across the state who competed for a chance to have lunch with Yoko Ono and Sean Lennon.

Fenton placed compelling op-eds in the New York Times and Albany Times Union, and conducted ongoing earned media outreach to generate support for the campaign. We also provided rapid response support when Governor Cuomo provided updates on his decision on fracking, and when the oil and gas industry attempted to discredit the Artists Against Fracking campaign. 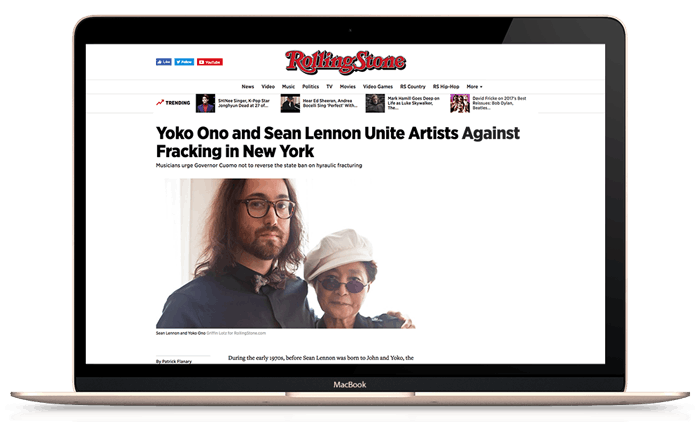 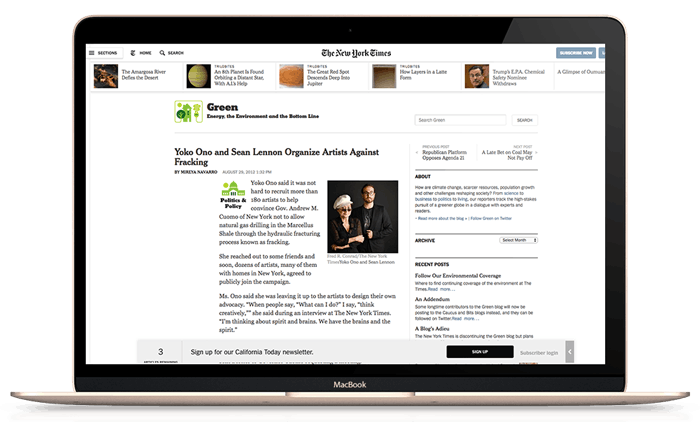 We disseminated the Imagine There’s No Fracking message through targeted ad placements and postings throughout New York City, including print and digital ads in the New York Times, a TV commercial directed toward Governor Cuomo and targeted broadcast ad buys paired with earned media outreach.

Fenton organized a press tour of Susquehanna County in Pennsylvania, including a visit to the town of Dimock, known as “ground zero” of fracking devastation, where residents can no longer drink their own well water. 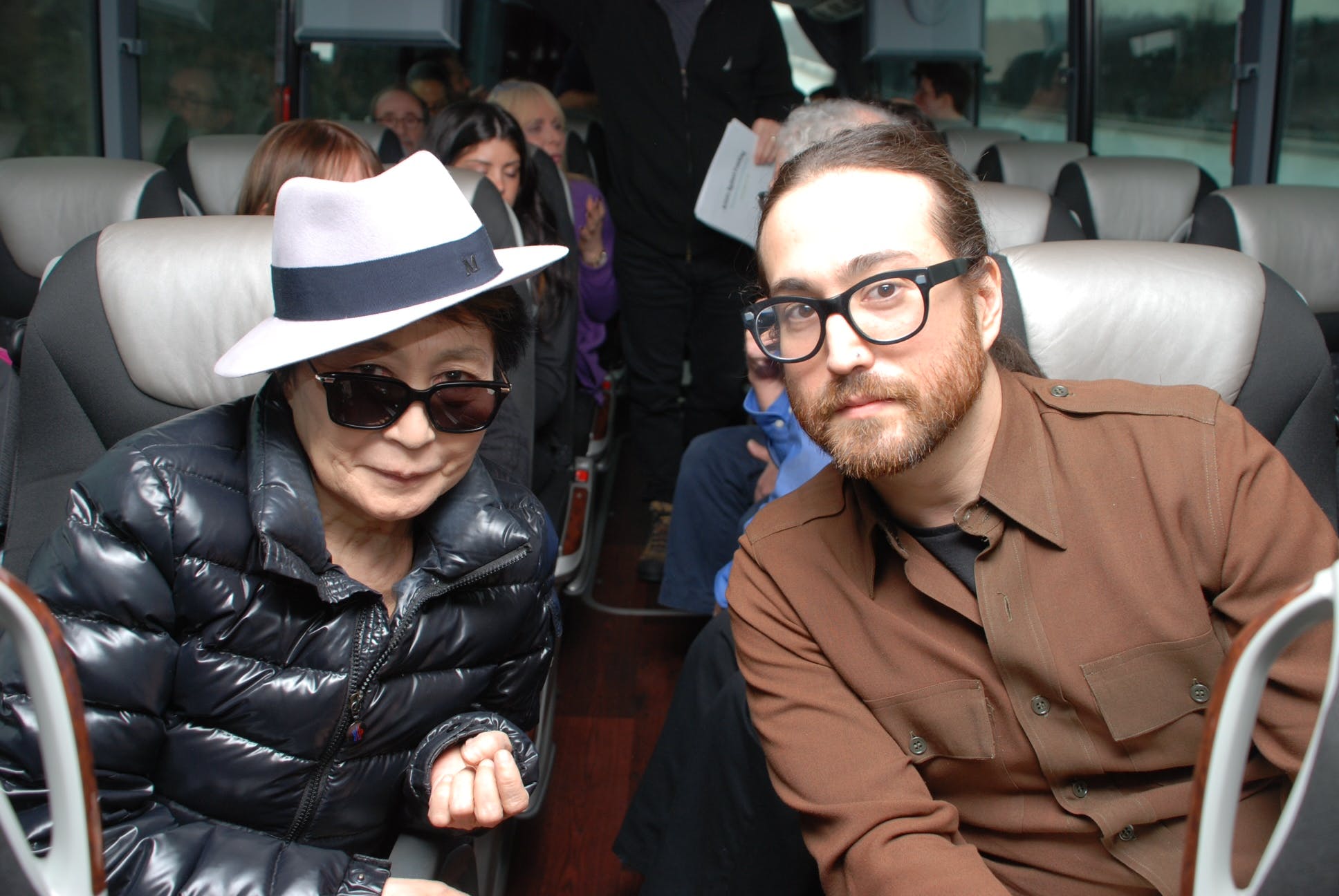 The tour resulted in nearly:

A week before the expected announcement of New York Governor Cuomo’s decision, Fenton organized a #DontFrackNY Twitter Storm, generating more than 1,500 tweets directed toward Governor Cuomo over a three-hour period. Fenton also managed the Artists Against Fracking social media channels and provided rapid response support when attacks came from the oil and gas industry attempting to dismantle the campaign efforts.

To combat misinformation and misperceptions about fracking, Fenton worked with Yoko Ono, Sean Lennon and their friends to rally the creative community and public around a simple, culturally resonant message: “Imagine There’s No Fracking.”