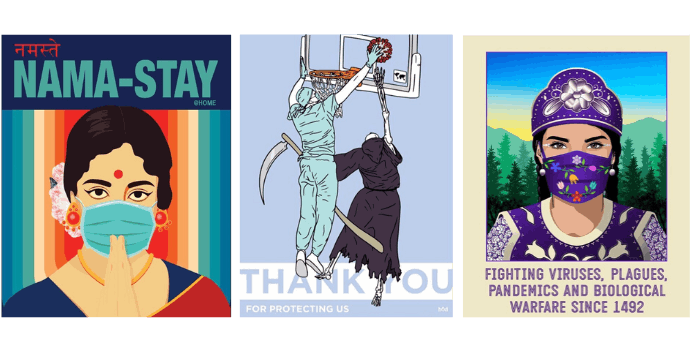 Art can heal, art can save lives, and art can bring us together even while we are apart. And art can be a compass to guide us through this storm.

Amplifier is a nonprofit design lab that builds art and media experiments to amplify the most important movements of our times. We design and distribute art that engages people in the creation of a more just, inclusive, and sustainable future. Since 2015, we’ve worked with hundreds of renowned artists, distributed over a million pieces of art, and sent free artwork to hundreds of thousands of students across the United States.

Amplifier began in 2010 with a series of media experiments between myself (Aaron is a National Geographic photographer) and street artists Shepard Fairey and Ernesto Yerena. They transformed my images into illustrations, which we paired with the words of activists on the ground, creating an advocacy campaign that was plastered on walls across the country.

Since then, Amplifier has created campaigns around climate change, women’s rights, workers’ rights, voter suppression, and immigration. In January 2017, after a divisive presidential election, Amplifier set out to flood the inauguration with new symbols of hope—iconic images by Fairey, Yerena, and fellow artist Jessica Sabogal that would remind Americans of our highest ideals. 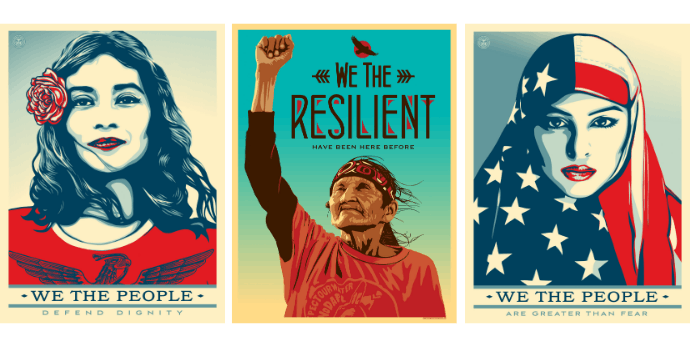 The We the People campaign was built on a hack: With posters banned from parts of Washington, D.C., on Inauguration Day, we bought full-size, full-color ads in the Washington Post, New York Times, and USA Today so that the message could be rolled up, carried across the barricades, and unfurled on the other side.

It became our biggest campaign yet. On Kickstarter, We the People raised a record-breaking $1.36 million from 22,840 supporters in eight days, allowing us to also offer millions of poster prints and digital downloads for free.

January 2017 also marked our first open call launched in collaboration with the Women’s March on Washington, with Amplifier as the official art partner. We put out a nationwide public call for art and received more than 6,800 submissions from female-identifying and gender-nonconforming artists, which we curated, printed, and distributed nationally during the march.

We played the same role for other movements, including the Science March and the People’s Climate March, even as we pushed our partners and ourselves to think beyond posters and imagine new hacks. 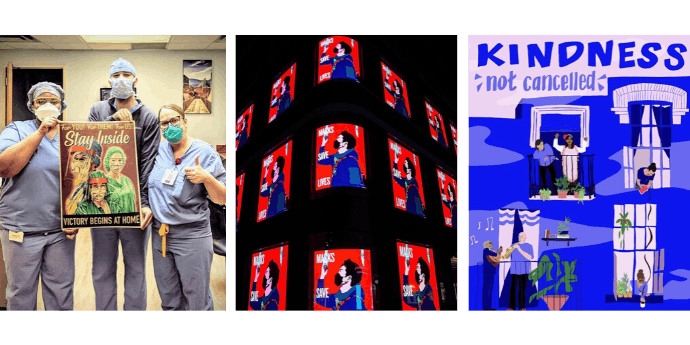 In response to COVID-19, we have launched an emergency campaign with top art curators and public health advisors from around the world. Through May 8, we will award 60 artists $1,000 each, with selections announced weekly and awards distributed on every continent.

We launched this campaign looking for two kinds of work: Public health and safety messages to help flatten the curve and save lives, and symbols that help promote mental health, well-being, and social change work during these stressful times. With two weeks left in our Global Open Call, and now $70,000 raised for artist fees, we are also looking for artwork that can envision the world we know is possible on the other side of this pandemic. What will we take with us and what will we leave behind? What does an interdependent vs. an independent world look like? How might we take better care of ourselves and others? Show us your vision for that new world! Join us in this historic moment and submit your art today. 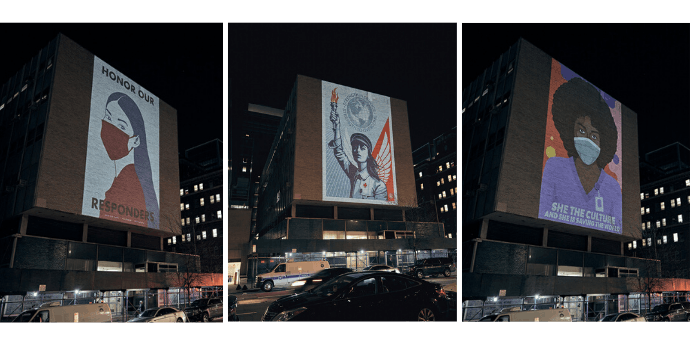 Aaron Huey is a National Geographic photographer and founder of Amplifier. Check out his work.

Purpose and Employee Well-Being During a Pandemic