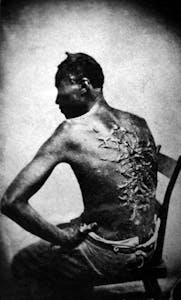 Waking up before sunrise to head to the fields to plow and work land not your own and that you reap no benefits from. Having your children sold off like cattle to other plantations never to see them again. Not being able to read and write because to be educated was a crime. Being unable to marry the person you love because your relationship is not recognized as lawful, and you are not recognized as human. And when your country finally tries to right its wrongs, and emancipates you from bondage, no one tells you until years later.

That is what happened to many enslaved people in Texas where news of emancipation did not reach them until nearly two and a half years after the Emancipation Proclamation was signed, a symbolic milestone on the road to freedom which only freed slaves in Confederate states liberated by Union Troops, and roughly six months after the 13th Amendment had been passed by Congress, which abolished one form of slavery in America and created another.

Even so, when the news did finally reach this last bastion of the slaveholding south, it was met with pure joy. That is why Juneteenth matters. It is not a story about slavery, but a story of survival and, more importantly, the ability to find joy in its aftermath. 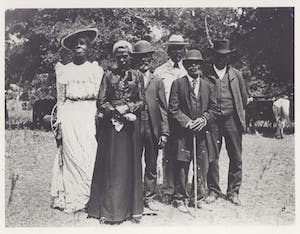 Growing up, my family and community never really “celebrated” Juneteenth. But I do remember learning at a young age, why it was significant.

As the “oldest nationally celebrated commemoration of the ending of slavery in the United States,” I’ve seen more and more Black families reclaim this holiday in recent years, making it their own, and celebrating in its honor. I’ve seen more engagement on the topic over social media. I have friends now who as parents are thinking of starting new traditions with their children to mark the milestone and use the holiday as a teachable moment.

For some, it is a moment of reflection. The opportunity to look back at how far we’ve come, to re-energize and recommit ourselves to the work that lies ahead.

And for others, it is simply a moment of joy, a celebration of life and survival, a chance to enjoy one another. Indeed, Black people are strong because we’ve endured so much and yet we can still find joy in our lives.

And this year, some 155 years after the abolishment of slavery and some 400 years since the first enslaved Africans arrived in colonial Virginia, we have more reason to mark Juneteenth–in all of its aspects–and as a time for action. 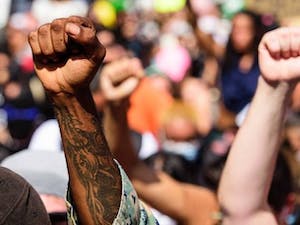 In this moment, as we say the names of Black men and women who died senselessly at the hands of police: Breonna Taylor, George Floyd, Rayshard Brooks, among others, let’s continue the fight for police reform.

This year, as many Black people experience voter suppression tactics, like in Georgia, let’s vote out those in leadership who do not support Black communities and believe in democracy for all.

This year, as companies, like Nike, Vox Media, the NFL, Twitter, and Fenton designate Juneteenth as a paid holiday for staff, let us also move beyond symbolism to enact better hiring and diversity practices to ensure everyone has a seat at the table.

This year, as news stories from The New York Times to ESPN, talk about the importance of this day in this moment, let us remember just how influential media is, particularly the words we use and the stories we choose to tell.

And this year, as the country grapples with the impact of COVID-19: a rise in unemployment, closed schools and offices, and untimely deaths, let us implement better, fairer practices and policies that will close the health, wealth and education gaps that disproportionately affect Black people.

This year, let Juneteenth be a reminder of the past so we don’t repeat it. Let it be the alarm we need for real systemic change in an America that seems hell-bent on going backward. And let us use it as an opportunity for power building in Black communities.

Many people say, only half-jokingly, that 2020 is the worst year in recent history considering the state of affairs of the world today. But, like Juneteenth, it is also a new day, a reckoning and a reawakening of a country that has for too long ignored the truth of its own history. This year, let us remember and reclaim Juneteenth, and then, America, let’s get back to work.