We used to wait every afternoon to watch my grandfather, who we called Papi, emerge from Central California’s fields.

His arms were thick. Hands calloused. Face always tired. Decades as a farmworker picking fruit and vegetables for other people to eat does that to a person.

Papi didn’t have more than an eighth-grade education, but he had the ambition to end the cycle of poverty that had wrapped itself around him his whole life and the grit to alter the future for his kids, grandkids and great-grandkids.

He and my grandmother, who we called Mamá Lena, were raised in a small village outside Monterrey, Nuevo León, which is located near Northern Mexico, roughly 170 miles southwest of the Texas border.

The way Mamá Lena used to tell the story, my grandfather was very poor, but she didn’t let that stop her from falling in love with him, even if her father — who was a combination of village mayor, judge and sheriff — stood against their relationship, especially after they announced they wanted to get married.

They were in love, something that endured throughout their life, even as they lived tiny, rented old houses with leaky roofs, spent Christmases with few gifts, struggled to put food on their table and followed the seasons across the United States as migrant farmworkers.

My father was their first child to arrive in the 1940s. Six other children would follow. But my grandparents would bury two of them — a boy and a girl — who died of diphtheria before they were old enough to learn the alphabet or how to count.

My dad used to share stories with my brother, sister and me about how his siblings spent their childhood helping their parents pick cotton in Alabama, peaches in Georgia, apples in Washington.

They eventually settled in Central California, where I was raised and where they continued working in the fields and getting paid no more than a few dollars an hour throughout their lives, scraping by paycheck to paycheck. 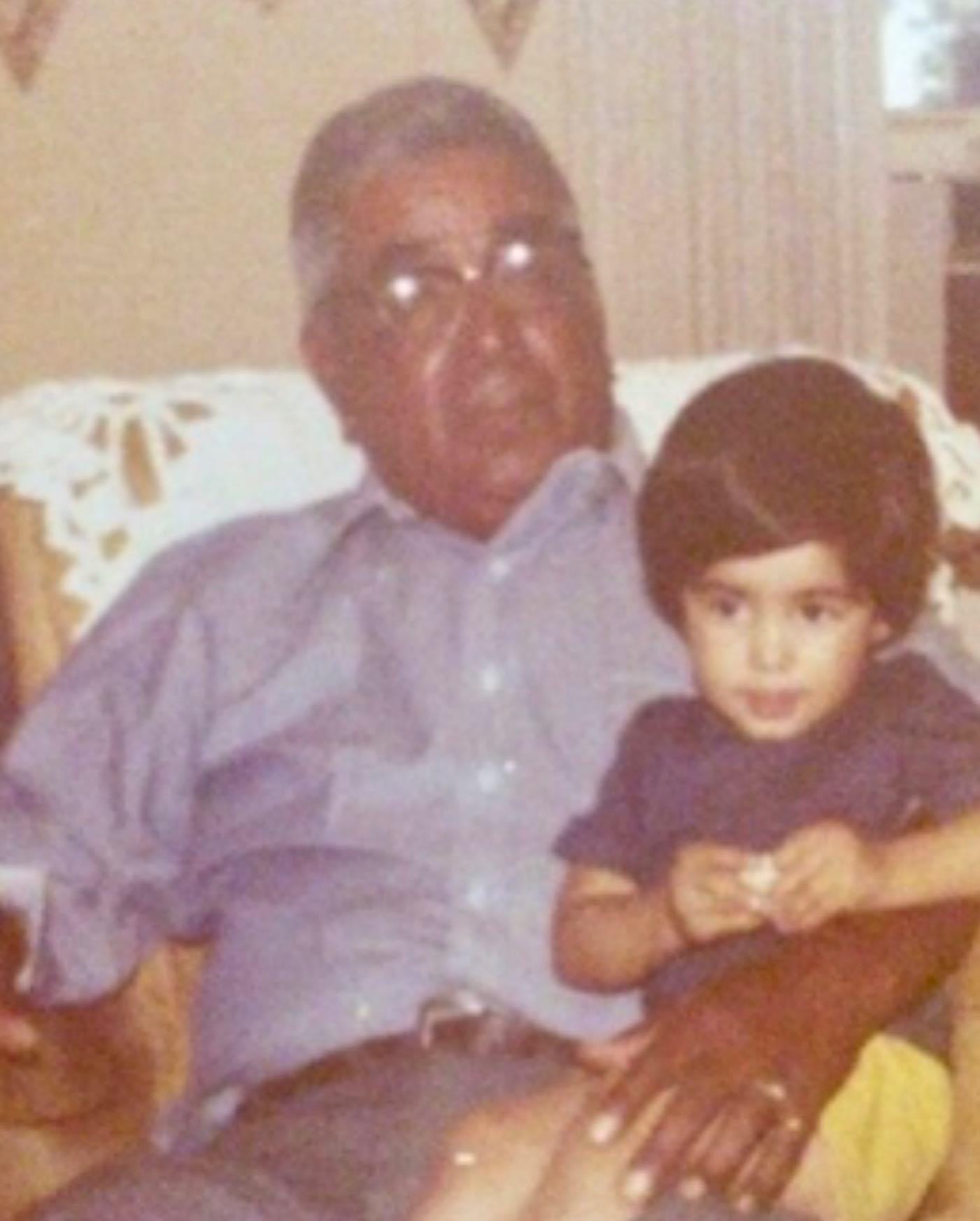 Fenton Chief Campaigns Officer Erik Olvera with his grandfather in 1978.

As a kid, I remember Papi, dad and my uncles leaving well before sunrise every morning to go into the fields, while my siblings, cousins and I would escape into art, books, math and writing while waiting for them to return.

My brother was the mechanical one. My sister was the booky one. And I was the creative one, who they encouraged to write and tell stories, knowing that tapping into what I was drawn to would be my path out of the only type of life they had known.

I was far too young to know the meaning of “sacrifice” or that my opportunities would be built on the backs of my grandparents, who never owned their own home or saw an end to their poverty in their lifetime.

What I remember is them instilling in me, my siblings and cousins the values of working hard and believing big, especially when others doubted that the descendants of poor immigrants could ever be successful.

It’s because of my grandparents that I started my communications career nearly three decades ago as an immigrant rights journalist, even going undercover as a farmworker for six months in the same California region where they spent season after season.

Because of them, their descendants include a healthcare professional at a leading hospital, a marketing expert for a major retail chain, a Silicon Valley data scientist, a University of California, Berkeley lecturer and me, a communications executive at Fenton.

I often wonder if my grandparents, who passed away decades ago, would be proud of us and the lives they helped build by crossing over from Mexico.

I’ll never truly know for sure, but one thing is certain: my grandparents’ drive pushes me every day.

And for that, I will always be grateful.