Fenton leadership is excited to welcome Danielle Schlanger into her new role as Vice President. 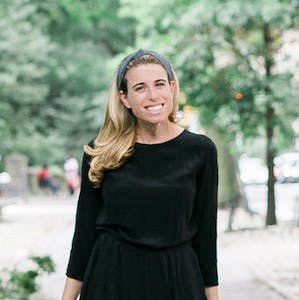 Danielle specializes in political and executive communications and providing strategic counsel to CEOs, clients, and campaigns. As a VP at Fenton, she will work across the agency’s political practice to help organizations on the left make headlines, change the discourse both inside the Beltway and out, and advance policies to make our country fairer.

“Danielle’s valuable political communications experience, both nationally and across New York City, will greatly benefit our clients,” said Ben Wyskida, CEO of Fenton. “We’re thrilled to work alongside her in this pivotal moment.”

Before joining Fenton, Danielle was the New York State deputy communications director on the Mike Bloomberg 2020 campaign. She was previously both a speechwriter and communications strategist at the New York City Economic Development Corporation, where she played a key role in advancing high-profile initiatives including women.nyc and the Amazon HQ2 bid. She began her career as a journalist and has bylines in a number of leading publications. Danielle received her bachelor’s degree in urban and regional studies from Cornell University and master’s in public administration from Columbia University.

Top 10 Reads You May Have Missed in August