by Daria Hall and Kamali Burke

For the first time in two years, the Education Writers Association (EWA) National Seminar, the nation’s largest and most influential gathering of education journalists, leaders, experts, and communicators, was held in-person. While celebrating its 75th anniversary, hundreds of journalists and communicators converged in Orlando, Florida to discuss education topics, particularly “the pandemic’s effects on learning at all levels, from cradle to career.”

Education is an ever-present topic in the news. But over the past two years, a new spotlight has been shone on the field. There is now increased attention paid to topics ranging from hybrid learning due to COVID-19 to critical race theory in classrooms to Florida’s “Don’t Say Gay” bill.

A number of Fenton’s education clients sent representatives to EWA this year, including Tracey Lynn Pearson from The Kresge Foundation, and Laura Bornfreud from New America, who discussed the challenges of attracting and retaining talent in the early childcare education workforce and the effects this has on generations of children, families and communities.

Our leadership also played a role in the conference. Vice President Kamali Burke, who is based in Miami, moderated a community member panel titled “Doing It All? Traditional and Digital Communications,” in which communicators discussed navigating between traditional earned media and digital communications. Daria Hall, an executive vice president in Fenton’s Washington, D.C. office, participated on a panel “What’s Hot, What’s Not,” on what is in and out in communications. The conversation provided a pulse on how communications tools and issues continue to evolve.

Here are a few key takeaways from the “What’s Hot, What’s Not” panel on industry trends and best practices: 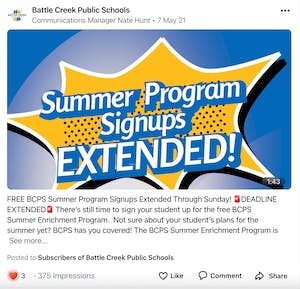 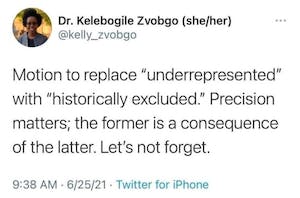 To learn more about Fenton’s education, families and youth development practice, please contact dhall@fenton.com and/or kburke@fenton.com. You can also drop us a line here!