In the wake of a racial justice reckoning and a global pandemic that exacerbated both health and wealth disparities, Fenton worked with our clients to uplift and center the communities most in need. 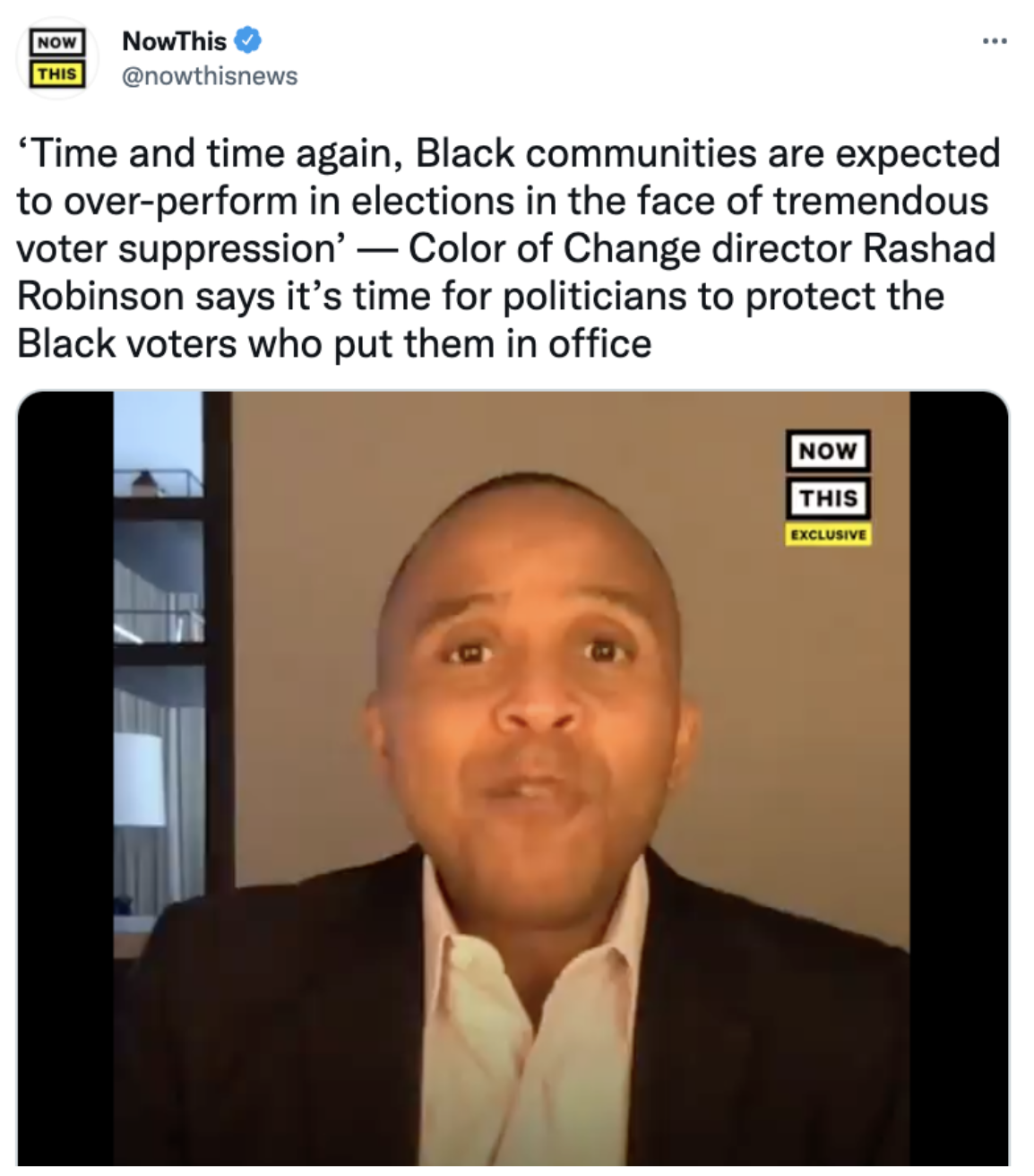 To elevate their positions as leaders in racial equity and social justice, we partnered with clients including Color Of Change, Black Voters Matter, The Leadership Conference on Civil and Human Rights and NAACP Legal Defense & Educational Fund, Inc.

With Black Voters Matter, we launched a national grassroots campaign to energize and activate Black voters around the presidential election and Georgia runoff races. This effort engaged more than 15 million voters via online and in-person activations.

In the aftermath of the pandemic and the previous president’s inflammatory rhetoric, Fenton partnered with the Asian Pacific Policy and Planning Council (A3PCON), Chinese for Affirmative Action (CAA), and the Asian American Studies Department of San Francisco State University for the Stop AAPI Hate initiative. We worked to pressure legislators to not just talk, but act. Then, California Governor Gavin Newsom signed a first-of-its-kind budget that included more than $150 million dollars to address systemic discrimination and fight AAPI hate.

It’s been an intense year at the intersection of race, equality and justice. Equality is not universal. Accountability is not a given. The fight for justice must continue.

A Progressive State of The Union